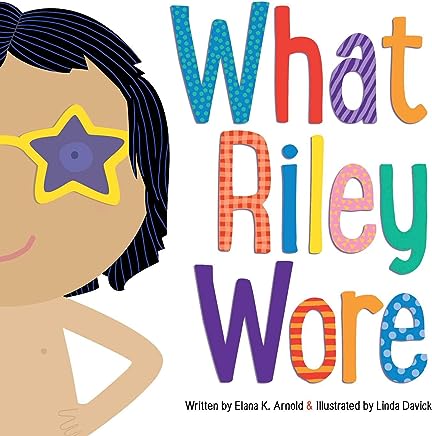 What Riley Wore (2019), written by Elana K. Arnold, explores the creativity and sensitivity of a nonbinary/gender creative child as they navigate everyday life from the dentist’s office to the playground. This accessible children’s picture book is colorfully and cartoonishly illustrated by Linda Davick with a touch of whimsy that doesn’t detract from the text’s realism.

Readers are introduced to a shy bunny-costume wearing Riley entering their class on the first day of school. A crying girl is comforted by touching Riley’s velvety bunny ears. The next day, dressed in a superhero cape, Riley goes to the dentist. The following day, Riley trades their cape for a gown to dine in a fancy restaurant. The next day, Riley wears space pajamas to school and their outfit becomes a prop in a science lesson. The next morning, they sport a police officer jacket and pink tutu. On the weekend, Riley slips into overalls to help their dad run errands and Riley ends their weekend relaxing in mismatched socks before heading to a park wearing goggles and a dinosaur hat.

The story is vaguely reminiscent of Kai Cheng Thom’s From the Stars in the Sky to the Fish in the Sea (2017) without seeming derivative. It is one of the first books I’ve come across that uses a gender neutral pronoun, which makes nonbinary identity present on the page. More ambiguous texts, for instance Denise Barry’s Tooth Fairy, You Have Some Explaining to Do! (2019), run the risk of inviting readers to project a binary gender identity onto the character.

I appreciated that Riley doesn’t deal with bullies or any institutional push-back at school. The text’s tone is sweet and light, which is rare in books about gender creative or transgender children.

This is a book worth adding to your library. It expands available queer representations and it does it well!

What Riley Wore will be available from Beach Lane Books August 27.