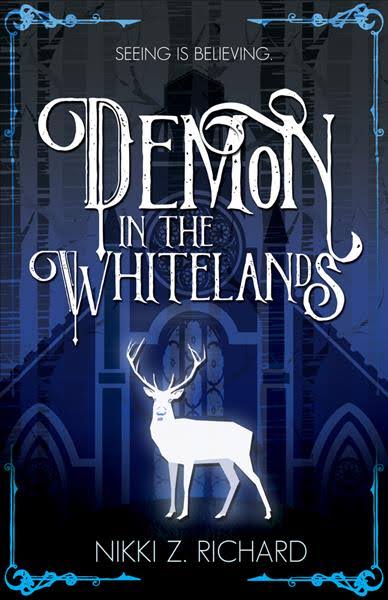 Because there was so much apocalyptic YA fiction, it is rare to find something truly different, but Nicki Richard’s Demon in the White Lands delivers just that. Samuel, the main character of the novel, is not gifted with magic by birth or circumstance. This lack of “Chosen One” status is what sets Demon in the White Lands apart from many other entries into the genre. Samuel is relatable, a flawed character whose decisions seem realistic. Also, because Samuel is not special in a traditional YA sense, Richard relies on characters and relationships to drive her plot. The novel’s world building is also excellent, giving a reader enough exposition to set the tone, without being overwhelming.  When Samuel, the bastard son of a cleric, is given an opportunity to leave the religious order he thought would be his destiny, he jumps at the chance. Samuel’s broken relationship with his father and his teenage rebellion motivate a series of poor decisions as Samuel befriends a stranger whose identity he does not understand. Zei’s difference, her capacity for violence, and her need for love are just as compelling to the reader as they are to Samuel.

What both Samuel and Zei have in common is a shared sense of trauma and loss. The book spends time exploring how the incidents of the text affect its main characters. Demon offers an exploration of what living in a post-apocalyptic world might look for those of us who are not “special” or “chosen,” who cannot rely on magical powers to save us. Samuel is young and  scared and insecure, and this perspective is an invaluable addition to YA dystopia.

Richard’s characters are multi-dimensional. No one is all good or all bad and it is these complexities that make her novel worth reading. In many ways Demon feels very much like the first book in a series. Much of the narrative is focused on establishing character and relationships, but the characters are so well drawn, the reader doesn’t mind.

I look forward to reading the next entry.

Is there a book you love and would like to help promote? Contact Jennifer at raisethemrighteous@gmail.com about guest blogging opportunities!