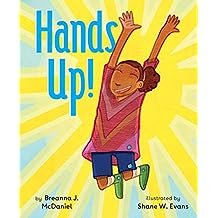 “Hands up,” a command that demands a gesture of compliance, was resignified by activists as a gesture of protest following the 2014 police shooting of Michael Brown in Ferguson, Missouri. The act of resistance quickly made its way onto the football field and the Grammy Awards’ stage –  even members of the US House of Representatives were using it to protest police shootings of unarmed Black men and women. END_OF_DOCUMENT_TOKEN_TO_BE_REPLACED