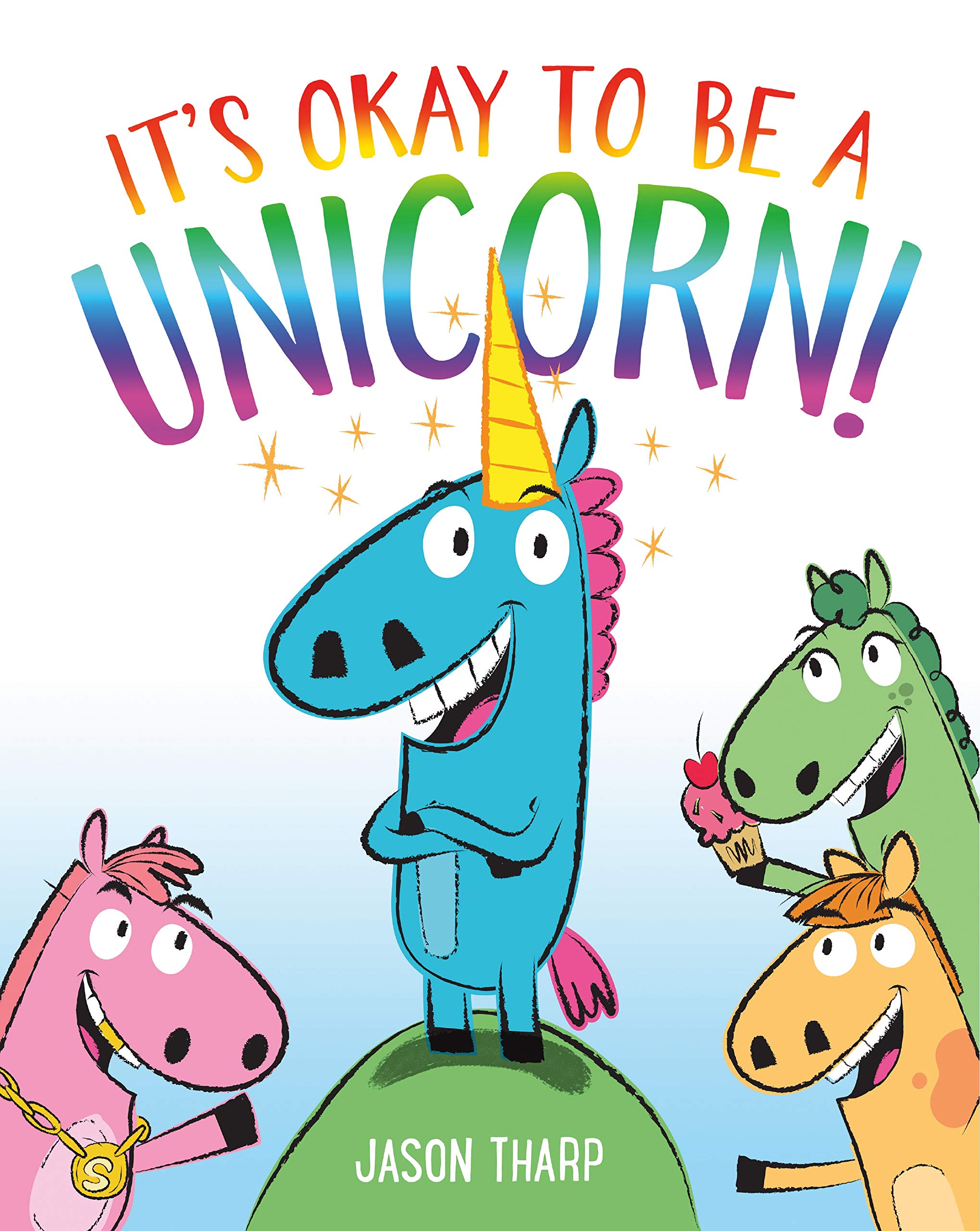 Jason Tharp’s It’s Okay to be a Unicorn is a delightful picture book about a creative and kind unicorn, Cornelius J. Sparklesteed, hiding his identity in a town of horses with irrational beliefs about unicorns. The town, Hoofington, bans unicorns, but is otherwise warm and welcoming. Cornelius makes fabulous hats for the town’s citizens and, as a result, is asked by the mayor to perform in the town’s holiday festival Hoofapalooza. The catch: the mayor requests Cornelius make “the most UN-UNICORNY hat” he can. Along with preparing for his own act, Cornelius inspires many of his friends to create even more fantastic art, songs, and even baked goods.

Delightfully gay rainbows and sparkles decorate the brightly colored pages building a unicorny world that just doesn’t know it yet.

During his performance a nervous but brave Cornelius takes off his own fantastic hat grandly revealing his horn while proclaiming: “I’M A UNICORN.” A full two-page spread depicting the top of Cornelius’s head and the audience that stands before him focalizes the audience’s response. His three friends are in color and cheer while everyone else’s response is wide-eyed surprise and they are depicted in a uniform blue that renders them indistinguishable. The reader, like Cornelius isn’t sure how the town will react. But, at the turn of the page, another two-page spread depicts the crowd erupting in cheers. The mayor even declares a UNICORNESS DAY.

I found this book absolutely wonderful! It’s a thinly veiled parable that rejects homophobia, embraces fabulousness, and shows a great coming out outcome!

The bright colors, fun world building, and lesson of kindness and bravery make it the perfect World Kindness Day read. This one isn’t out quite yet but will be available this time next year. Look for it February 4, 2020!